As we assert the path out of colonial interference, the ancestral calling is a sacred call to action. And the Treaty 2 Nation is ramping up advocacy efforts to support the families of the Abinoonjiiwaag that are being “uncovered” on Indian Residential School (IRS) sites.

As the political voice for your Nation – we issue this statement to remind all levels of governments and the broader Canadian public that any act of genocide will no longer be tolerated. And this includes any political or policy justification that causes political imposition or oppression of our Anishinaabe peoples.

We stand with other Nations in Turtle Island that are making the political push in these priority areas:

These priority areas are steps that the Government of Canada can take to be instrumental in healing the genocide from IRS. Everything that has happened is very hurtful – as we move through the collective grief. Our ways of relating to each other will empower us to feel and heal our way through to begin healing as a Nation, Giinawind (Us-Together). 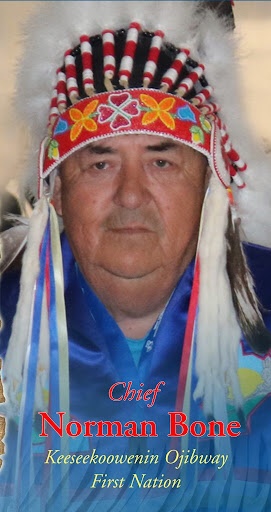 “It’s very important and necessary to hear from our people about what they need to promote their own healing and wellness in intergenerational trauma.” “As a Niigaanii for our Health and Wellbeing Circle seeking direction throughout our inclusive “Giinawind Us-Together Principle is part of the on-going Territorial based engagement that will be guiding the “Zoongidewin- Courageous Talks Pathway.” – Chief Norman Bone

“The Zoongidewin Talks under our Mino Bimaadiziiwin Inakonegewin is structured in a way to include –your voice, your story and our collective vision in our healing and wellbeing law”. “It takes bravery and a commitment to heal, and this is something I know that we are ready to do because the Nation is only as strong as the people that come from it.” “I am proud to share that the Mino Bimaadiziiwin Inakonegewin is dedicated to our sacred Abinoonjiwaag.” “It is time that Canada “Braves-Up” to respect the laws of our Abinoonjiiwaag.” – Ogichidaa Eugene Eastman